The Tracks at Brea

The Tracks at Brea Remedial Action Plans and Remediation Oversight

The Tracks at Brea Project, a notable and highly visible brownfield redevelopment project that was completed in 2018, is a multiple award recipient. Awards received included the ASCE Orange County’s Outstanding Bikeways and Trails Project Award in 2018 and the Merit Award bestowed by the California Trails and Greenways Conference Foundation in 2019.

Ninyo & Moore provided environmental services for this project on behalf of the City of Brea. The project involved preparation of remedial action plans (RAPs) for two segments and remediation oversight and reporting for three of the six segments identified with shallow arsenic contamination along the approximately 3.5-mile dual-tread pedestrian and bicycle trail developed along a blighted railroad corridor. The trail provided public access to the Brea Community Center, the Brea Mall, Downtown, six schools, city parks and numerous employers along the stretch. Trail amenities include a parking lot, landscaping, lighting, benches, exercise area, and restrooms. A Mitigated Negative Declaration and a Phase I and Phase II Environmental Site Assessments (ESAs) had been completed for the sites. The RAPs were developed based on the results of Phase II investigations performed at the sites and were approved by the Orange County Health Care Agency (OCHCA). Ninyo & Moore negotiated remedial cleanup goals with the OCHCA and obtained closure letters for all three segments. The project was funded by federal and local grants. Additionally, Ninyo & Moore provided geotechnical oversight of grading and compaction testing activities during construction of all three segments. 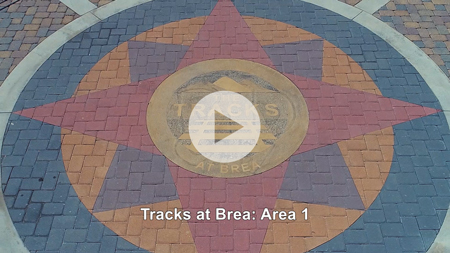 NINYO & MOORE We transform today so our world is a better place tomorrow.